Peace in the Midst of Messy Imperfection 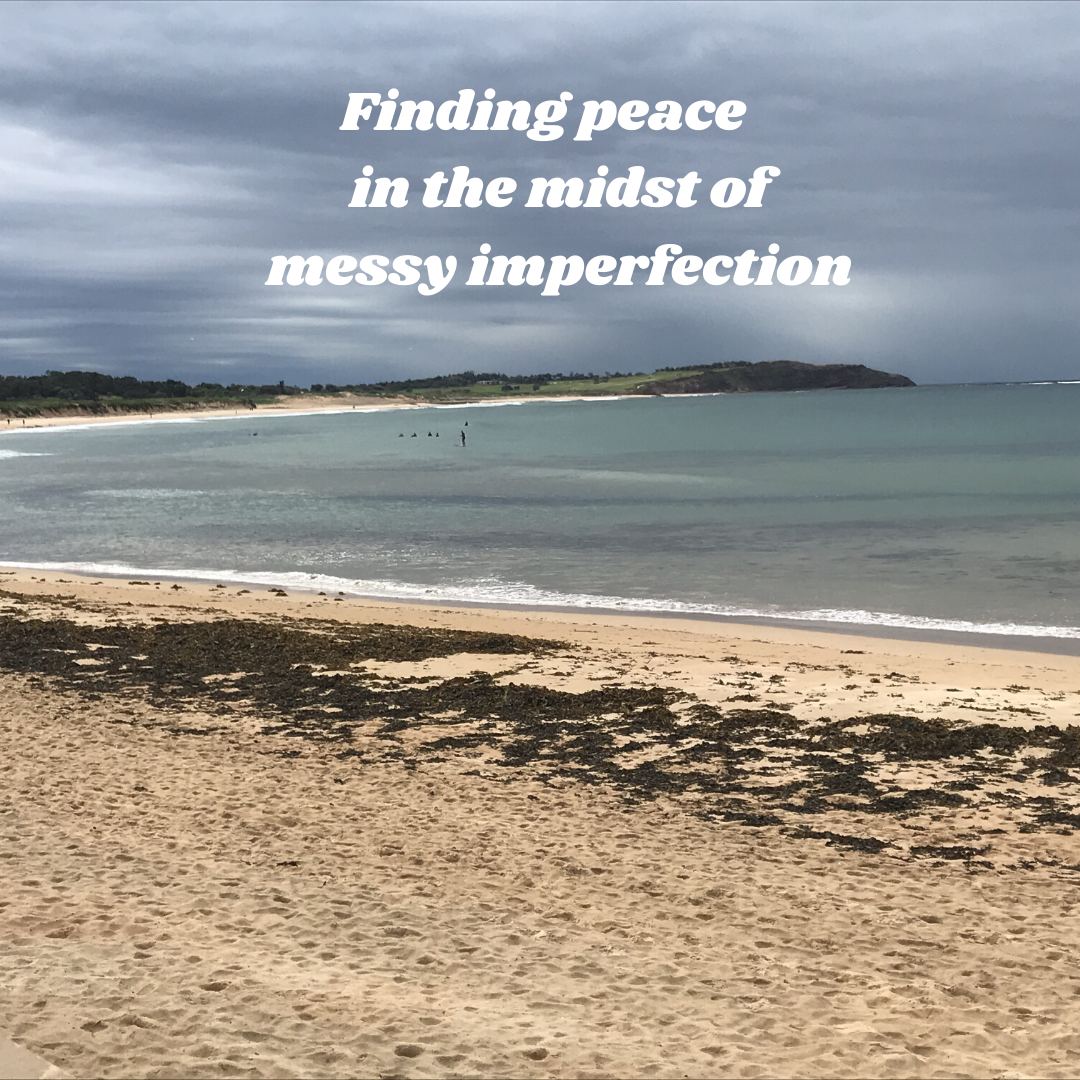 Fix it! Change it! I don’t like the way this is making me feel!

How many times over and over again have you experienced this for a range of different circumstances? You may believe that some things are impossible to change and never try. Particularly when it comes to thought patterns and behaviours that become your ‘normal’ for dealing with certain situations.

It’s like the line from Shawshank Redemption when Morgan Freeman, who plays the character of Red talks of the prison walls; “These walls are funny. First you hate ’em, then you get used to ’em. Enough time passes, you get so you depend on them’. The same can be said for the way re react to circumstances to make us feel more comfortable, even though those ways may not be the best, creating cycles of pain.

One of the hardest circumstances I thought would never change was feeling trapped in a 21-year marriage, that I believed I could not walk away from. You plan a wedding, work hard at a marriage, but a separation and divorce was not part of my plan. It was something I did not believe I could do, but if I stayed, my children may have permanently lost me as my mental health deteriorated.

I had to learn to speak up for myself instead of shutting up for fear of disapproval.

I had to start to believe that I was worth looking after myself.

I had to start to believe that I could say ‘no’ and still be valuable instead of saying ‘yes’ to everything in order to feel a sense of worth.

I had to believe that I was worth being loved rather than used.

These changes did not happen overnight. They were decades worth of ‘chains’ that caused ill ease, exhaustion, mental health problems and cycles of shame that there was little relief from. I tried so hard to ‘cover up’ that I was not coping and as I tried to ‘fix it’.  It all got worse, leaving a trail of ‘debris’ that I can do nothing about.

Then there are some situations that can’t change. They are outside of our control to change. The one thing that was the most difficult to do was to forgive myself for the mistakes I have made. For example, paying the price with imprisonment does not change the way society views you, even though you know the massive changes in yourself.

But what I can change is my response to the things I can’t change. For if I tried to ‘fix it’ again, there would be no change in me at all. Our responsibility is for our response. A reaction can eat away at us and then we try to ease the pain. We are human. We feel pain. It’s ok! It’s normal. But acknowledging the pain, I now breath and say, ‘I can’t do anything to change this’. I walk by the ocean, acknowledge that below the surface of calm, there is ‘debris’ that others may not understand.  Those that mind don’t matter and those that matter don’t mind.

Peace comes with acceptance, in the midst of messy imperfection.

0 responses on "Peace in the Midst of Messy Imperfection"