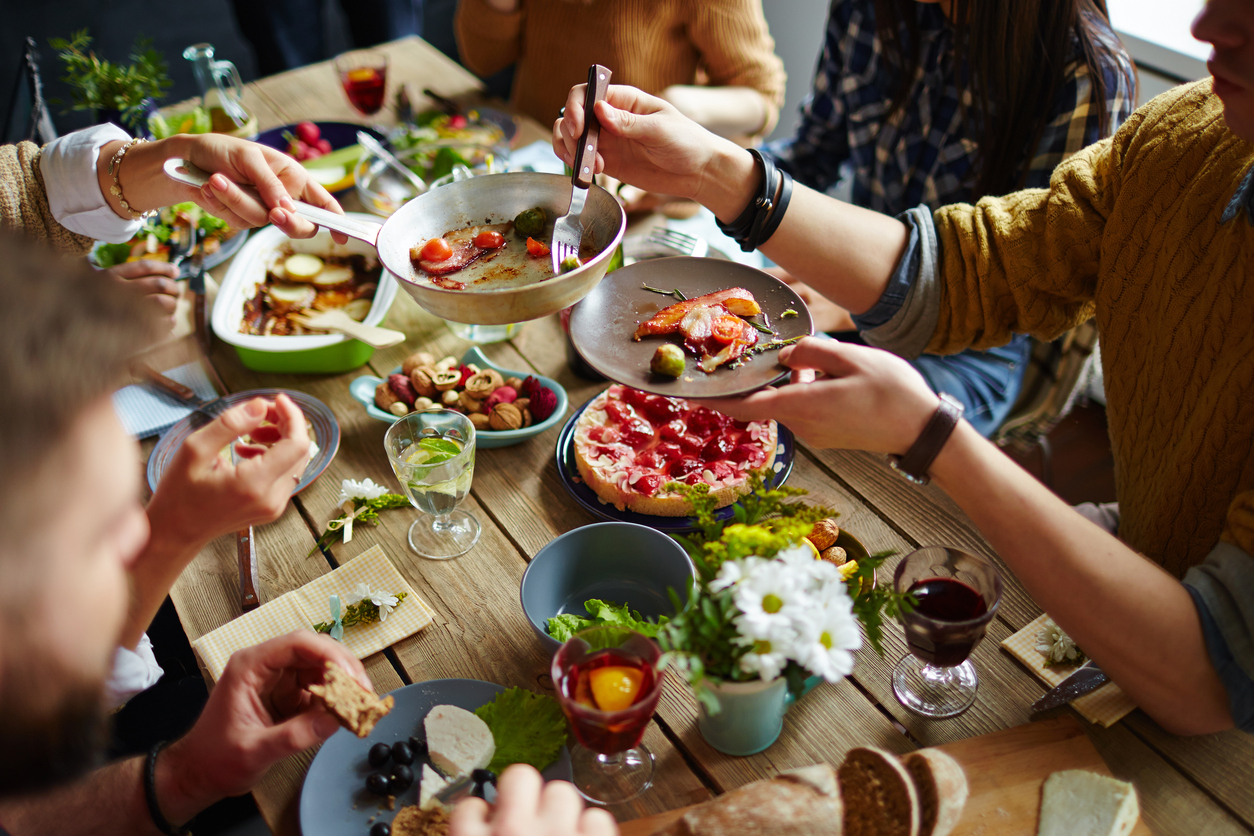 Recovery from an eating disorder or disordered eating involves so much more than just addressing diet. They are such complex issues often involving comorbid conditions such as anxiety, depression, PTSD, OCD and substance abuse. At the centre of any eating disorder is a person who is trying to feel some sense of value. Adherence to rigid behaviours and rules around diet, exercise and other compensatory means,  gives this sense of value.

To change these behaviours creates much fear and anxiety for the person as to do so is a threat to their means of control, or means of making them feel ‘safe’, even though these are causing many health problems. Treatment cannot be as simple as eating more or less food. The eating behaviours and variety of compensatory behaviours serve a purpose for the individual at that time.  These behaviours include restricted eating, purging, excessive exercise and/or substance abuse. This may be to control a range of emotions and thoughts that reflect low self-worth.

Years of yoyo dieting, or restricting calories or certain food groups, followed by binging and excessive exercise has left not only their bodies in total confusion but also their minds. Many people restrict calories and/or food groups and exercise excessively yet continue to put on unhealthy weight.  A study by Stewart et al, showed that women who had rigid dietary behaviours had more anxiety, mood disorders, eating disorder symptoms and a higher BMI than those who used flexible dieting strategies.1

Flexible dieting is based on the following beliefs:

Flexible dieting is becoming popular and has many benefits including:

For someone that has restricted their caloric intake and/or had episodes of binge eating, flexible dieting may offer both an appropriate guide to portion sizes and allow choice of foods. However, there are also some risks and considerations to be addressed.

Tracking of calories and macronutrients

As a person who suffered from anorexia, I knew what it was to count calories in and calories out. I thought of nothing else as keeping the number on the scale low or dropping meant to me that I had control over emotions I did not know how to deal with. Flexible dieting initially involves the tracking macronutrients and weighing of foods, with the ultimate aim of intuitive or mindful eating. For those with history of an eating disorder with severe calorie restrictions and /or binges, this can seem like an extension of behaviours they are trying to break free from. Despite the idea of flexible dieting having less rigidity than many fad diets, consuming more than the allocated macro targets can cause more harm than good for those who have lived with high anxiety of tracking calories and restricting or eliminating food groups, possibly making the problem worse rather than better.

Including all foods may be helpful yet extremely frightening for some. To allow yourself permission to eat ‘as long as it fits your macros’ creates anxiety in people that have once had eliminated or labelled as ‘bad’, as they may previously binged on these. The idea of what is healthy and unhealthy food is related to what makes a person feel good about themselves. There is an emotional attachment rather than food serving the purpose of fuelling and nourishing the body. For example, if someone has restricted carbohydrates or dairy from their diet, without medical reason, there is great fear around including these foods.

Rigid rules of restriction, eating only certain food groups, only certain types of fruit or vegetables, times to eat and eating when no one is watching give a sense of control to someone with an eating disorder. The daily battle is in actually wanting to eat what is eliminated, yet feeling shame for wanting and totally beating one’s self up if it is actually eaten. When this happens, some people binge, losing the ‘control’ they tried so hard to maintain and they feel like a failure and worthless. So the cycle is strengthened with compensatory behaviours becoming the means of regaining a sense of control and worth. Others with low self worth may have no compensatory behaviours, and develop binge eating disorder. The idea of flexible dieting aims to help these binges by giving the freedom to include foods which have been seen as ‘bad’ or ‘dirty’.

Even though I physically recovered, my early years in the fitness industry provided an excuse for excessive exercise. I restricted certain food groups and even though I had less ‘rules’ and the number on the scale had increased, I still had low self-worth. Despite gradually eating more and being less rigid with rules around dieting, I still exercised excessively as a means to compensate and felt extremely guilty if I rested. I would not feel I was worthy unless I was on the move.

Negative, unhealthy thinking about yourself will not give rise to changing unhealthy habits. I believe that behavioural change is difficult to achieve while negative thoughts about one’s self exist. While there are many physical health complications that need to be addressed, a holistic approach to treatment is necessary. A person needs to start loving who they are, have self-compassion, and self-acceptance.

Change in unhealthy eating and exercise behaviours requires that a person starts to change their thoughts and beliefs to include that the following are healthy:

Having support of a team including a psychologist, a dietician or registered nutrition nutritionist, GP and a support group who all understand eating disorders is extremely helpful. It takes takes trust and courage to instigate changes in thought and behaviour patterns. Flexible dieting, with the aim of mindful, intuitive eating may be helpful if all these things are considered at the same time.